“Joining (or founding) a startup is an act of faith—the conviction that an idea eventually can become a sustained commercial success. To translate that belief into reality, startup participants pitch in wherever it’s needed, put in long hours, and forego financial security. In effect, they are rolling the dice in the hope of hitting the jackpot—but willing to take the slim odds because of their strong belief in the new venture, the adrenaline rush of living on the edge, or the potential size of the prize.” – ‘Can a Big Company Innovate Like a Start-Up?’, Harvard Business Review, January 25, 2011

AESC asked several experts how organizations need to adapt to survive, and thrive.

THE BEST (AND WORST) OF BOTH WORLDS

To date, startups have largely been the disruptors and legacy companies and industries have been disrupted. There is a public fascination about startups, and venture capitalists search the globe for unicorns while digitally savvy consumers have an insatiable appetite for new apps, objects and ideas.

Light on excitement but substantive and secure, legacy companies and industries are, for now, foundational: deep market penetration, industry knowledge, and established brands. People (used to) retire here. For consumers, if some new fad is a disappointment, these are the companies and products we come back to.

Legacy companies are strong on stature. Puneet Kalra leads Russell Reynold’s technology practice in Asia and co-leads IT/ITES globally. He says, “The good thing about legacy companies is really their footprint—they have a large client base, access to a diverse set of business situations, and they can provide the best canvas to apply new skills.”

Kalra also says, “Many legacy companies are very risk averse, their processes are sacrosanct, everyone seems to have the same performance metrics, everyone is supposed to behave the same way, and the career path is linear.” Organizationally, many legacy companies work in silos. Kalra explains, “In this linear world you have a very clear path around either selling or delivering the product, and nothing in between.”

Established companies also deal with the consequences of traditional, longestablished systems and structures. Stefan Spang is a Senior Partner with McKinsey & Company in Düsseldorf and serves on the AESC Global Board of Directors. From his perspective, in legacy companies “there is still too little tolerance for failure.” He says, “It is not only a matter of the operating environment of a specific company, it’s about today’s managerial class. Their role has not been to enable people, but to control people.”

Large corporate environments can also stifle innovation. Melissa Swift is a senior client partner for digital solutions at Korn Ferry in New York. She describes how many organizations “have a culture of consensus that stifles the momentum of ideas: you need too many people to sign off for any given initiative to progress. What that means is you get reversion to the mean, where the spikiest, most interesting ideas don’t make it out of that process.”

Swift is quick to add another advantage of corporate versus startup culture. “When it comes to startup culture we have to be very, very thoughtful about taking on the good and not taking on the bad. You’ve got startups who are doing an incredible job of caring for their people, and you have others where things go on that are actually in defiance of laws and regulations.” She asks, “Are they achieving those results because they are burning through people or treating employees in ways that are actually not okay? Because treating employees fairly is one of the things corporate culture focuses on to a greater degree. There is a lot more scrutiny around topics like bias, and you don’t want to lose that,” Swift says.

Startups are, in many ways, another world. Enife Atobiloye, Managing Partner of TRANSEARCH, Lagos says, “Today, beyond the entrepreneurial elements, successful startups are nimble, agile and easily adaptable, and aligned with the continuously changing business realities.”

By definition, startups are innovators. According to the European Commission’s 2016 European Startup Monitor, “most startups (89.5%) consider their products to be novel in the market. More than half say their products represent an international market innovation, and more than half of all startups generate revenue outside their domestic markets.” The same research shows that “90% of all startups offer their employees opportunities for an informal exchange of ideas.”

Where large corporations are often riskaverse and shareholders not likely to react well to unsuccessful product launches or botched business model changes, Swift says, “There’s such a flow of capital into the startup environment, that they can afford to be unprofitable.” Startups, she says “can take all these risks in ways that we often hear a corporate client saying ‘well I can’t, my stock would get so beat up, the street won’t let us do that.’”

Companies just starting today also have the benefit of a potential customer base as broad as the internet. “No more do new businesses need to show long track records to get noticed in the business world,” Atobiloye says.

“Previously, upcoming organizations would wait for years to get noticed, but with the internet so many African startups are accessing opportunities that were once only available to companies with well-organized supply-chains and strong brands. What this simply means is that the multinationals now have a wide array of significant competition that may not be easily deflected,” she says.

Established companies often face disruption from unexpected directions, and while those disruptors provide models and motivation to adapt, Swift offers a sobering reminder: “We look at just the handful of highly successful startups, and we forget that the field is littered with examples of startups that didn’t work.” 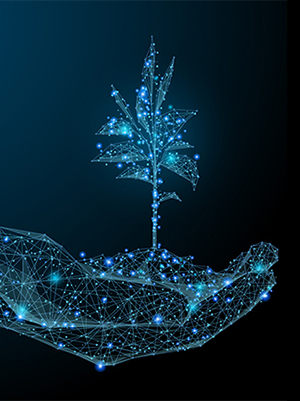 For many years the global business environment was more forgiving than it is today. ”We had a constant surge in demand, lower interest rates, and very favorable economic conditions, so a number of competitive weaknesses were covered up,” Spang observes. As a legacy company “you were embedded in a system of suppliers and customers, and as long as you didn’t totally screw up there was a bit of a space where maybe you could persist at a lower level of profitability than the industry leaders, but you had a place. That has changed.”

Atobiloye says, “The value of agility was previously trumped by products & services that had stood the test of time, but the need for continuously changing services is redefining the taste buds of customers.”

She adds, “Adaptability is replacing the old model of depth and traction, as the new customer demand.

Digital transformation is the new status quo. Rather than a temporary upheaval, evolving technology precludes any organization or industry from hoping to survive by standing still. “Given the current market realities and the fact that they will keep changing, every organization will invariably have to face disruptions of one sort or the other. Several factors will catalyze these changes but one major driver has been and continues to be technology,” Atobiloye says.

Technology has accelerated the pace of change and upended what clients and customers have come to expect. For example, Spang says, “Today, you can insert changes in a system that become globally available in the same day. That was completely unthinkable a few years back, and has influenced many of the ways classic companies have been reorganized.”

Technology is also the source of many companies’ vulnerability. “As a result of technology it is easier to spot those weaknesses, and much less expensive to go after additional revenues and marginal business.”

According to Swift the urgent need for business to adapt and compete with disruptors is “key to what’s going on in the current environment.”